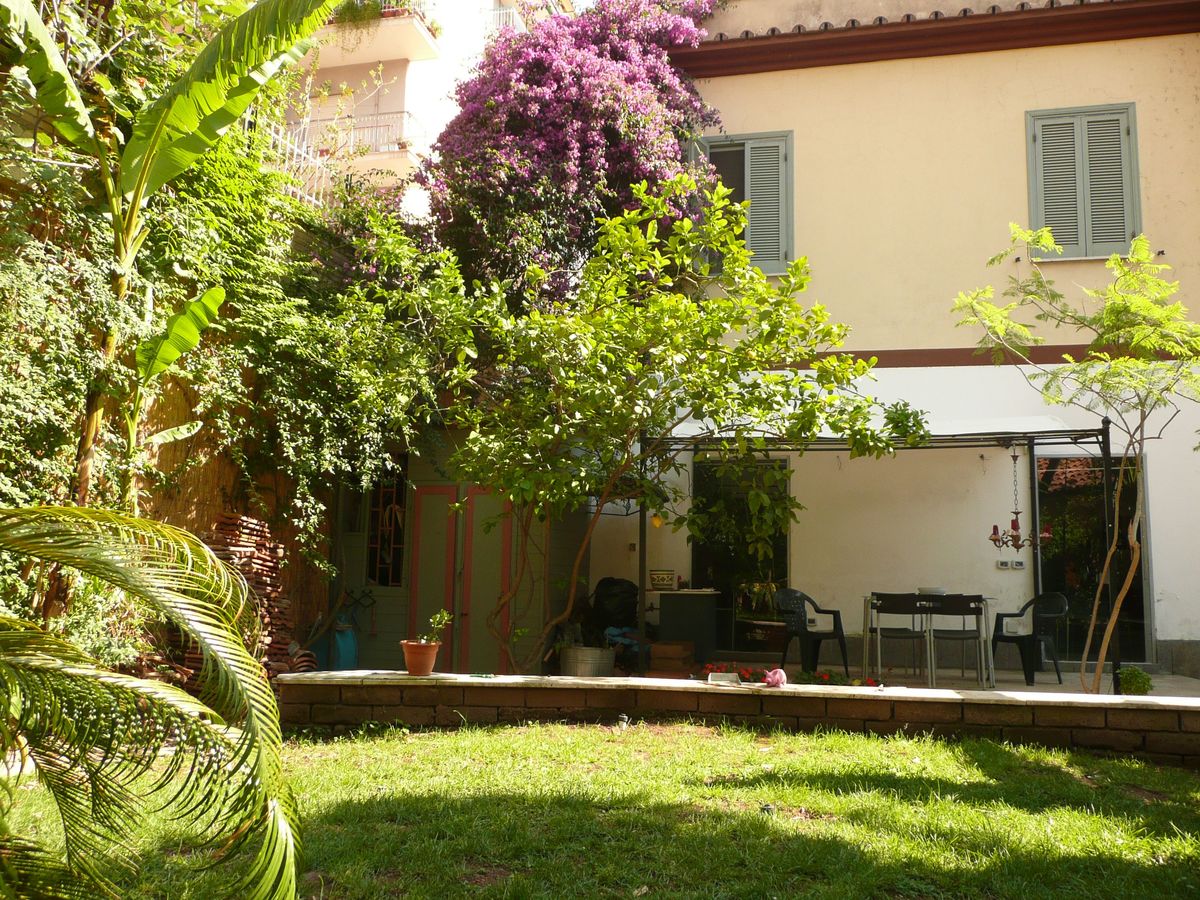 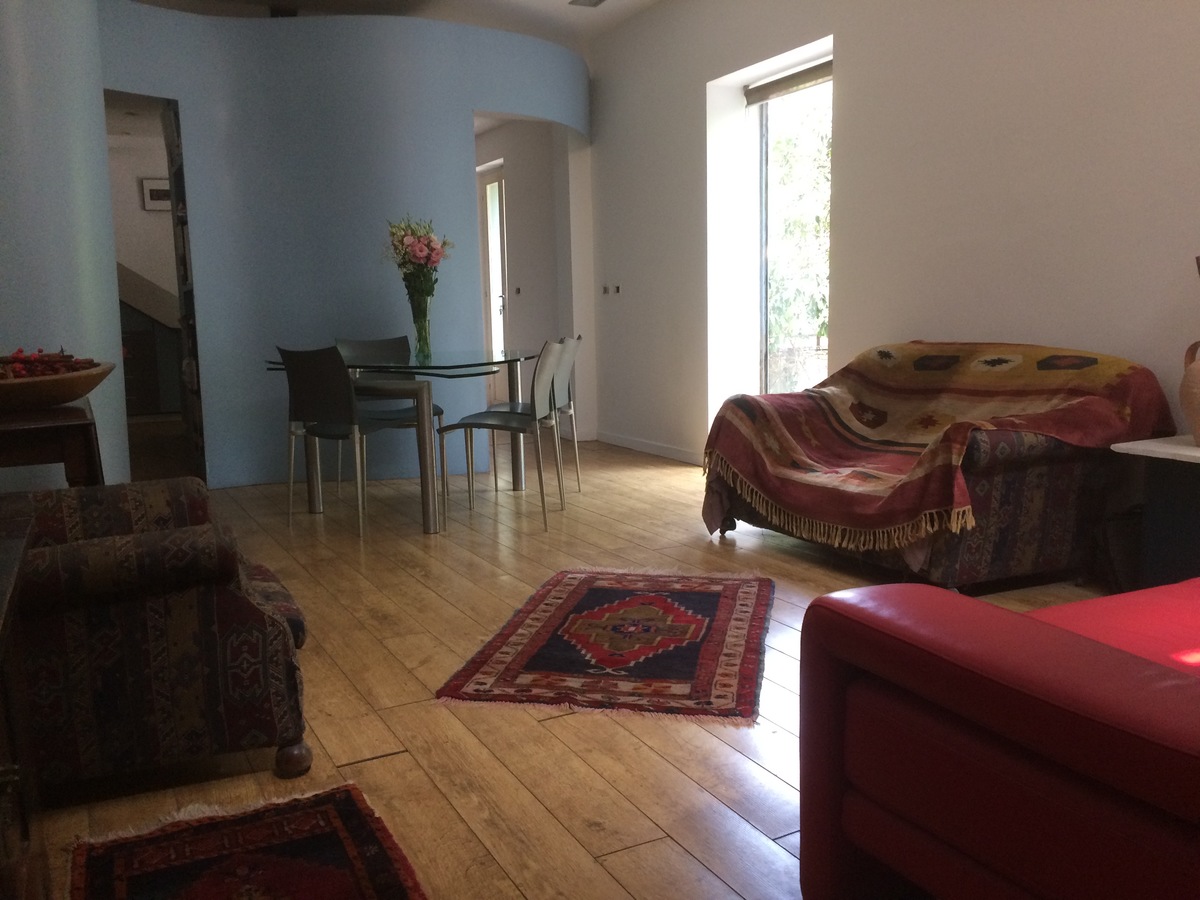 Lingua da cui è stata generata la traduzione automatica
PRIVATE SALE! Attractive villa in a tranquil setting and within striking distance of central Rome. Approached through a pretty semi-tropical garden, the villa is on three floors that includes a habitable roof terrace. The villa, which dates back to the 1920s, has been sympathetically renovated, with a contemporary kitchen that has a feature black granite  top island. Underfloor heating and radiators on the first floor, are semi powered by solar panels. A centralised air conditioning/heating system has been installed throughout the house. The ground floor is comprised of an open plan dining/living room which leads into the kitchen. There is also a guest en suite bedroom with it's own french doors leading directly to the garden. Also on this floor is a guest WC and a utility room. Parquet floors throughout.
On the first floor is a landing studio/office room leading to the master en suite bedroom with a feature hand crafted stone bath tub and wash basin. Also on the first floor is a third en suite bedroom with stairs leading up to the roof terrace.
The villa, situated in the heart of the Appio Latino district is a stone's throw away from the exquisite Appian Way Archaelogical Park,(La Caffarella) -a huge expanse of meadows and woodlands with working farms and historical buildings,and Rome's famous catacombs. A mere seven minute walk from the villa is the Furio Camillo metro stop which brings you to the Spanish Steps or Termini station within ten minutes. Also, Rome's latest shopping mall is situated just opposite the metro station. The FAO and Circus Maximus/Colosseum are just a few kilometres from the residence.